At United Studios of Self Defense, our mission is to impact the lives of our students and community through the magic of martial arts. Through proven teaching principles and practical training methods, we encourage our students to overcome emotional, mental and physical obstacles, to become the best version of themselves.

Is a 5th Degree Black Belt in Shaolin Kempo and has studied Martial Arts for over 32 years.

As a young man in a rough neighborhood, Matt struggled with bullies. When his grandmother wanted Matt to gain confidence and learn how to defend himself, he began studying Shotokan Karate at the age of 6 in Whittier California. Little did she realize that 6 year old white belt Matt, would find his passion for Martial Arts at such a young age; Matt thrived within the structure, emotional outlet and physical challenges that Karate offered. His passion and talent continued to accelerate as he began training in Muay Thai and Okinawan Boxing as a teen. A natural athlete, Matt’s skill shined through earning him many invitations to participate in local tournaments.

For a young man in a dog eat dog area, Matt began to seek bigger, better opportunities where he could continue to develop his fighting skills. At the age of seventeen he enlisted into the United States Marine Corp. where he rapidly advanced during his training and exceled in the Marine Corp Marital Arts Program.

He is a proud American Combat Veteran who is truly driven to teach everyone how to defend themselves confidently and effectively. So much so, that Matt’s passion for developing Hand to Hand Technologies for civilian & combat scenarios in addition to Close Proximity Armed Defense technologies continue to influence his current training style and curriculum well after his time with the USMC.

Upon his return from combat, Matt found himself studying with American Kenpo in North Hollywood before taking the leap and relocating to the PNW. Once settled into Oregon, he found American Schools of Shao-Lin Kempo and began a fifteen year journey of training to fourth degree black belt. With recently achieving Best in Clark County for a Martial Arts Studio after twelve years of success, as a veteran owned small business in Vancouver, Matt has been blessed with the opportunity to join the largest Martial Arts System in the US.

Now a welcomed student, teacher and influencer for United Studios of Self Defense, Matt is eagerly embarking on a new and exciting journey towards Mastery.

“Martial arts is Fun! I’m just a Buddha Head, excited to teach my passion every day. After all, self defense is a necessity and I am honored to set each and every one of my students up for success!”

Aside from Martial Arts and his Service to our country, Matt is a natural athlete and thrill seeker. From surfing, to snowboarding and skateboarding, Matt thrives on physical challenges. He enjoys ‘Floating’ the trails near our dojo on his Electric One Wheel Skateboard or taking his custom Harley out for a cruise along the Columbia River Gorge. A lover of the outdoors, Matt is his happiest camping with his rescued horses and dogs.

Paying it forward is a large part of who Matt is; he seeks out Veterans that are struggling with civilian life and invites them into the Dojo for the support that he himself sought after combat. Matt’s compassion for others and eagerness to assist his fellow man makes him an approachable instructor. His ability to relate to his students with kindness and patience makes him an outstanding coach and influencer in our community. 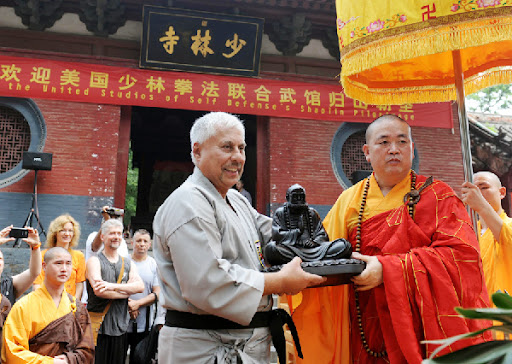 Shi Yongxin abbot of the Shaolin Temple in China, presents a Buddha Dharma statue to Professor Mattera.Click To Learn More

Professor Charles A. Mattera is the son of Italian immigrants from Everett, Mass.

His journey in the martial arts began at the age of ten when he enrolled in the local martial arts program at the YMCA. As a young boy, he was asthmatic and on the advice of the family doctor, his parents got him started in the program.

Young Charles Mattera loved the martial arts. Growing up in the streets of East Boston in the sixties made him wise beyond his years as he had to learn very early the concept of “survival of the fittest”.

After several years in the arts, he began teaching part-time while he went to high school. Living in South Boston, he figured the only way to stay off the streets and out of trouble was to be in school or in the dojo teaching classes.

Dreaming to see more of the country but coming from a poor background, Charles Mattera worked his way through high school and then through college. He paid his way through school by attending classes during the day and teaching karate classes at night.

He graduated Northeastern University in 1972 with a degree in Criminology. While he loved the martial arts, his dream at the time was to join the Treasury Department and then move on to the Secret Service.

He achieved his goal and went to work with the Treasury Department. After a short time there, he realized that his true love was with the martial arts and decided to pursue his passion full-time.

Throughout his training in the martial arts, Professor Mattera had many instructors, but the instructor that left the most indelible mark was the Honorable Grandmaster Nick Cerio. 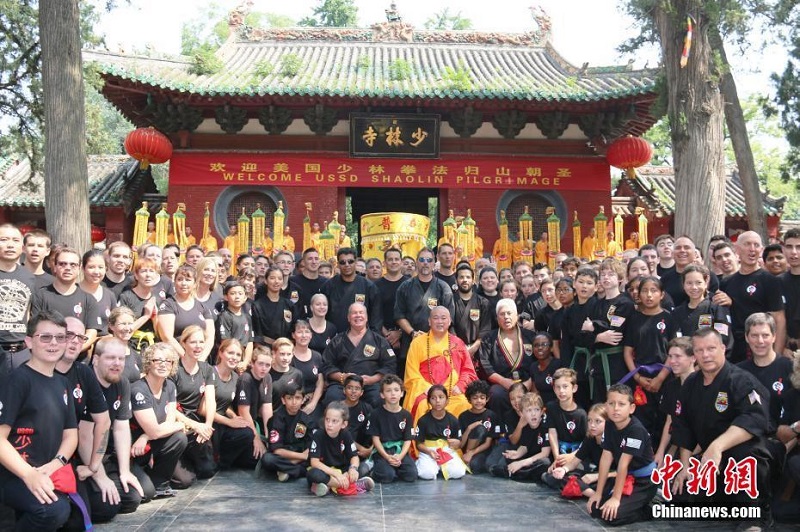 The Honorable Grandmaster Cerio began studying Kempo in the early ‘60’s under George Pesare. By the mid “60’s, he was training under Kenpo Master Ed Parker.

In 1989, he was awarded the title of Professor by Professor Thomas H. Burdine and awarded the “above ranking status” by the world counsel of sokes (Founders). This elevated him to the rank of 10th Degree Black Belt.

It was Professor Cerio that urged a young Charles Mattera to pursue his ambition and love of the art by opening a school and becoming an instructor full-time. 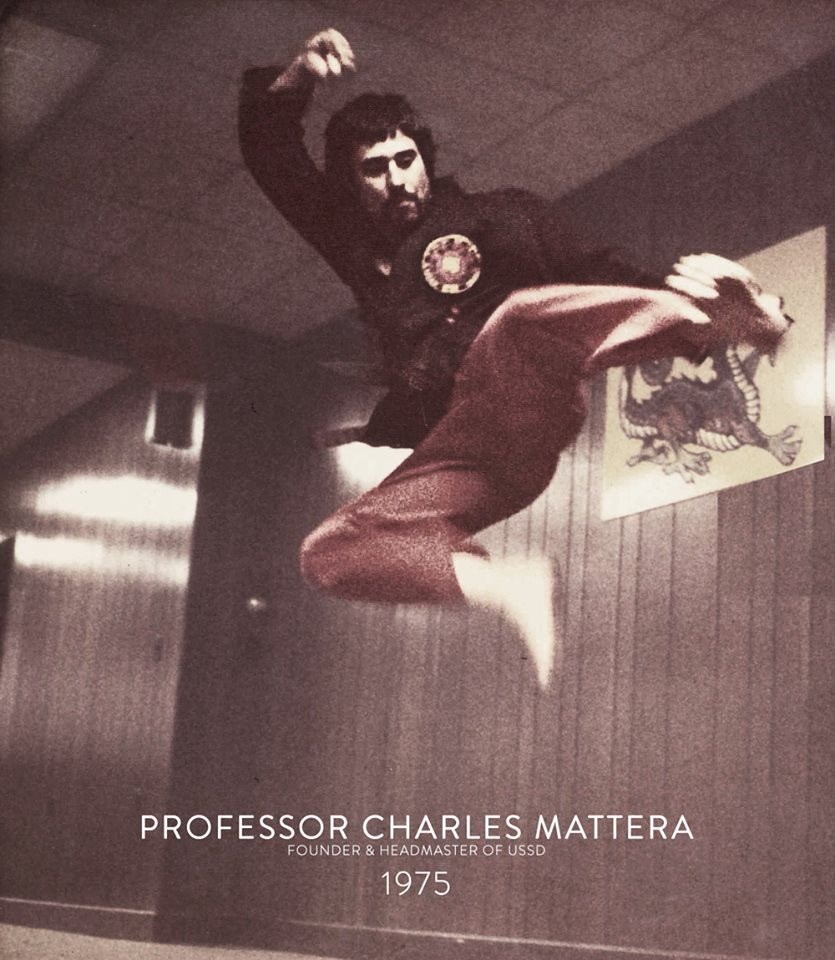 Professor Mattera began working and opening new locations in the New England area and in 1987, after a particularly harsh winter when he had to dig an hour just to get his car out of his driveway, he moved his family out to sunny Southern California.

Upon arriving in Southern California, he continued his journey in the martial arts both in training and in starting his own martial arts company.

In 1990, Professor Mattera was honored to receive the rank of Hachidan, Eighth Degree Black Belt from the Honorable Grandmaster Nick Cerio. This rank was the highest ever given by Grandmaster Cerio.

Eighteen years after he began in Southern California, he is the CEO of the largest professional martial arts organization in the world, with over 40,000 active students. He is also a principle in other martial arts related companies and has more projects in the works.

In 2001, he was adopted by the Head Abbot of the Shaolin Temple as a disciple and promoted to the rank of 10th Degree Black Belt, Grandmaster and Professor. He is one of only two non-Asians to hold this distinction in the world.

In 2004, he was inducted into the Black Belt Magazine Hall of Fame as Instructor of the Year.

In 2005, he was awarded the Black Belt Magazine Hall of Fame Lifetime Achievement Award.

He has been featured in Black Belt Magazine both as a contributing writer and on the cover.

The Professor is still very active in running his companies. He teaches a hand –picked group of martial artists and oversees the operations of his companies. He believes that he is getting closer every day to his goal of having a martial arts school in every major city in the United States and elevating the status of what it means to be a full-time Professional Martial Arts Instructor.

The Professor spends his time both here in the U.S. and overseas. He is the proud father of three grown children and the extremely proud grandfather of a beautiful baby boy.