The disciple focuses on strikes, kicks, felling, and grappling into a system that helps eliminate perceived flaws in other art forms. Using elements of Kung Fu, Karate, Jujitsu, Mongolian wrestling, and classic Western boxing techniques, Shaolin Kempo emerged as a comprehensive martial art during the 1960s and 1970s.

It is widely taught in North America and uses a colored belt proficiency system. It’s important to remember that Shaolin Kempo possesses deep roots in traditional Eastern martial arts. The Shaolin Kempo school of thought can be traced directly to the teachings of the famed Shaolin Temple of China over a thousand years ago.

Grandmaster Villari studied various systems extensively before creating the discipline. Only after accumulating a wealth of knowledge and respect for ancient and modern self-defense teachings did he work tirelessly to devise a system that borrows from them. Shaolin Kempo essentially takes wide-reaching applications and funnels them into a simple way of understanding self-defense known as the Four Ways of Fighting.

What are the Four Ways of Fighting?

During the 1960s and 1970s, icons such as Bruce Lee were also looking to exceed the limits of individual martial arts. The iconic action film star initially studied the Chinese art of Wing Chun Kung Fu but branched out to other disciples to build his brand, Jeet Kune Do. Although Lee would call his approach “the style of no style,” Shaolin Kempo is embedded in traditional techniques that include the following.

It’s important to keep in mind the Four Ways of Fighting also teach defensive postures. During a heightened encounter, Shaolin Kempo helps the student avoid taking blows or incurring injury from an attacker.

What are the Advantages of Studying Shaolin Kempo?

Studying Shaolin Kempo means you are learning self-defense techniques that have been taught in other disciplines for more than a century. By bringing them together, students develop fluid skills that prepare them to deter an aggressor. The body is constantly repositioned to make impacts and remain in a defensive posture. This differs from other martial arts that rely on only a portion of the self-defense possibilities. If you decide to pursue Shaolin Kempo, your studies will include the following hand-to-hand techniques as you progress.

Advanced practitioners may train on weapons such as the Shaolin Spear, Katana, Bo Staff, and others. Each student undergoes flexibility training, conditioning, and education about self-discipline, honor, and respect. These values are fundamental for children to learn and reinforce at a young age.

What are the Personal Benefits of Studying Shaolin Kempo?

It’s not unusual for people to inquire about Shaolin Kempo to develop self-defense skills. The basic idea is to be able to protect yourself or a loved one should the need arise. But martial arts provide dedicated students with far more than fighting and defensive capabilities. Working in a community-based martial arts studio results in building bonds based on mutual interest and support.

Contact United Studios of Self Defense in Vancouver, WA

The United Studios of Self Defense Vancouver offers world-class instruction in three different types of self-defense and martial arts: Shaolin Kempo, Tai Chi, and Kung Fu. We offer both group instruction and one-on-one classes to fit your schedule and instruction needs. We offer classes for all skill levels, from beginner to advanced in each of the above three disciplines. Classes are available for both adults and children. If you or a family member would benefit from learning Shaolin Kempo or another martial art, contact United Studios of Self Defense Vancouver today. 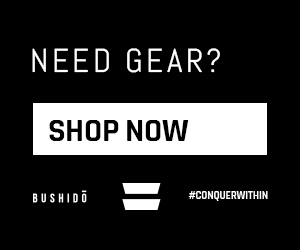